Review: What’s the Best Pop Filter for the Blue Yeti? 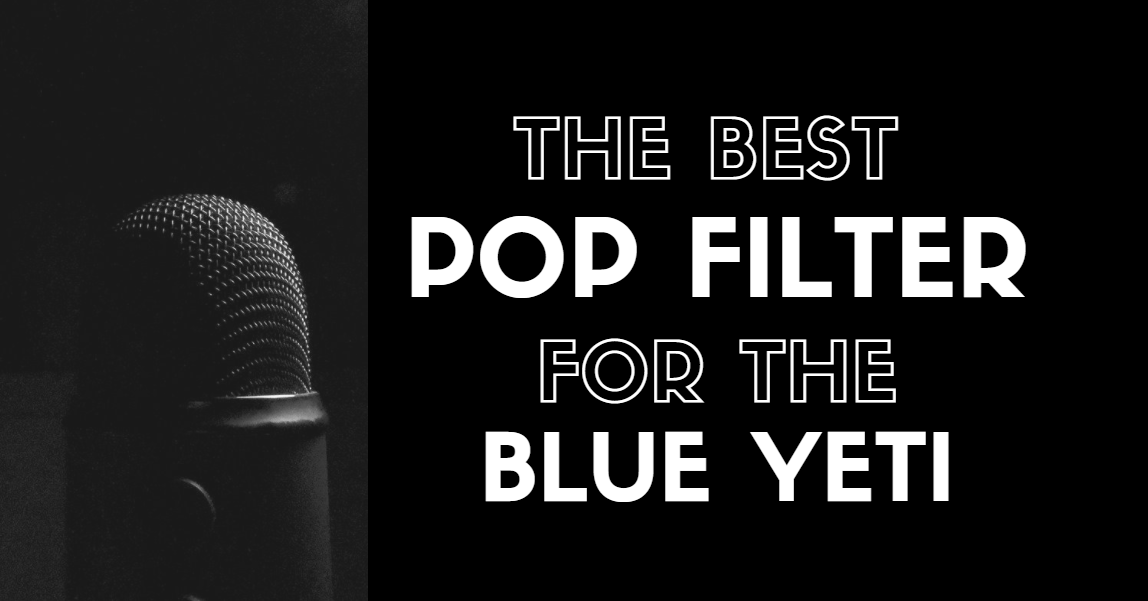 Are you playing with the idea of buying a Blue Yeti microphone or have you already acquired one? In both cases, it’s a good idea to look for a quality pop filter before you start recording. But wait, what’s a pop filter again, and do you really need one for your Blue Yeti?

A pop filter is a noise protection filter that will protect your microphone from popping sounds. These popping sounds can happen when fast moving air hits the mic, for example when you’re prounincing letters such as “p”, “t” or “k”. If you want to experience the impact of these sounds, just hold your palm about 2 inches in front of your mouth while you’re speaking. You will see that some consonants propel more air forward than others. These are generally the ones that can cause problems when you’re recording without a pop filter.

Do you need a pop filter for the Blue Yeti?

You don’t absolutely need a pop filter to record your voice, music or other types of sounds with your Blue Yeti. However, it is more than recommended. Without a pop filter it’s very likely you will run into popping problems at some point. That means you’ll either have to re-record or live with the bad sound - and why would you want to do either? A pop filter can save you a ton of stress and time. So much, in fact, that when I travel with my microphone, I’ll always take a pop filter with me. No kidding!

Here’s something you need to be aware of when you’re looking for a pop filter specifically for the Blue Yeti: Pop filters are not made for the little desk mounts the Blue Yeti (or the Blue Snowball, for that matter) comes with. While you can theoretically mount a pop filter on the Blue Yeti table stand, it might not be the best solution, especially if you’re using a cheaper pop filter. To solve that issue, you might wanna consider getting a boom arm or a mic stand. I have already reviewed a bunch of boom arms for the Blue Yeti here. They are super practical for recording, anyway!

What’s the best pop filter for the Blue Yeti?

In theory you could use most pop filters with the Blue Yeti. However, since this microphone is relatively big, it makes sense to look for a larger-sized pop filter that covers more of the mic. That’s why all the products I’ve reviewed have relatively big diameters.

This is the classic pop filter created by Blue, which means it was made for Blue microphones in particular. Unlike most pop filters, this one is made with a fine, high quality metal mesh which prevents the sound from changing too much beyond the noise filtering. That means your “s” and “t” sounds will come through clearly. Like other products by Blue, the “Pop” is designed in an asthetically pleasing vintage look. The filter’s look isn’t just great, it is also highly flexible and keeps its position easily. One downside of this pop filter is that it is quite heavy, which means it might be too much to carry for cheaper boom arms and stands - especially since the Yeti is quite heavy itself.

While Blue The Pop is beautiful and certainly high-quality, it comes at a pretty steep price compared to other filters. If you can’t imagine spending that much on a pop filter, here are two alternatives: 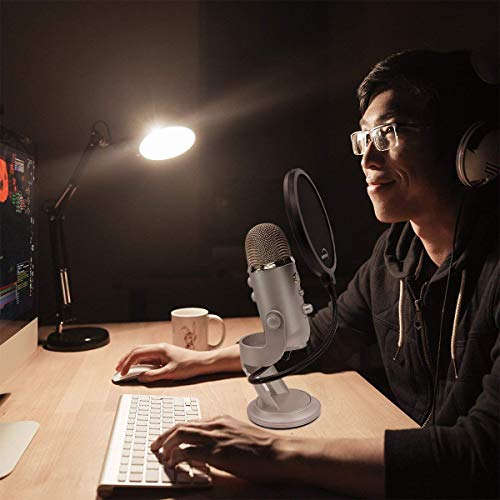 This pop filter by Auphonix is a popular choice among Blue Yeti users. Why? Because it’s basically made to use with the Blue Yeti. The size is perfect for covering the mic and if you place it in a smart way, you can mount it on the table stand perfectly (you can see how other users did it on Amazon). While the design is maybe not as interesting, this is a quality pop filter that comes at a good price. 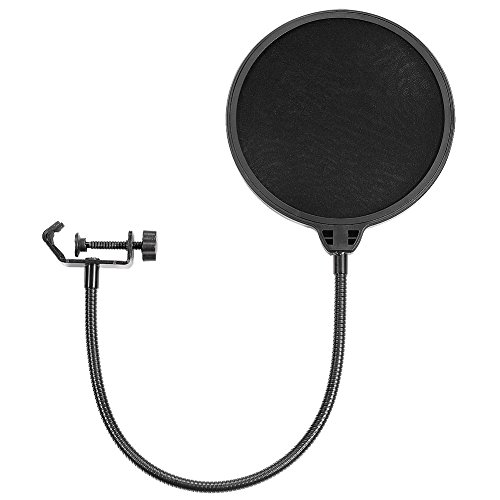 Another alternative is the Neewer NW(B-3). This is the most basic pop filter on this list, which means that it comes at a much cheaper price than many filters. However, it also means that it makes a lower quality impression. For example, it is not as easy to keep the Neewer NW(B-3) in its desired position, especially when you’re bending the arm a lot.

While this pop filter is great for anybody who is starting out, most more experienced microphone users will probably want to go for a more professional option like the two above. However as a pop filter for beginners, this is a good choice!

Do you use a pop filter on your Blue Yeti?

If you’re already using a pop filter with your Blue Yeti, I’d love to hear your opinion on it! Let us know about your experience in the comments.

Btw, if you're also a Blue Snowball user, here are some great pop filter choices for it.