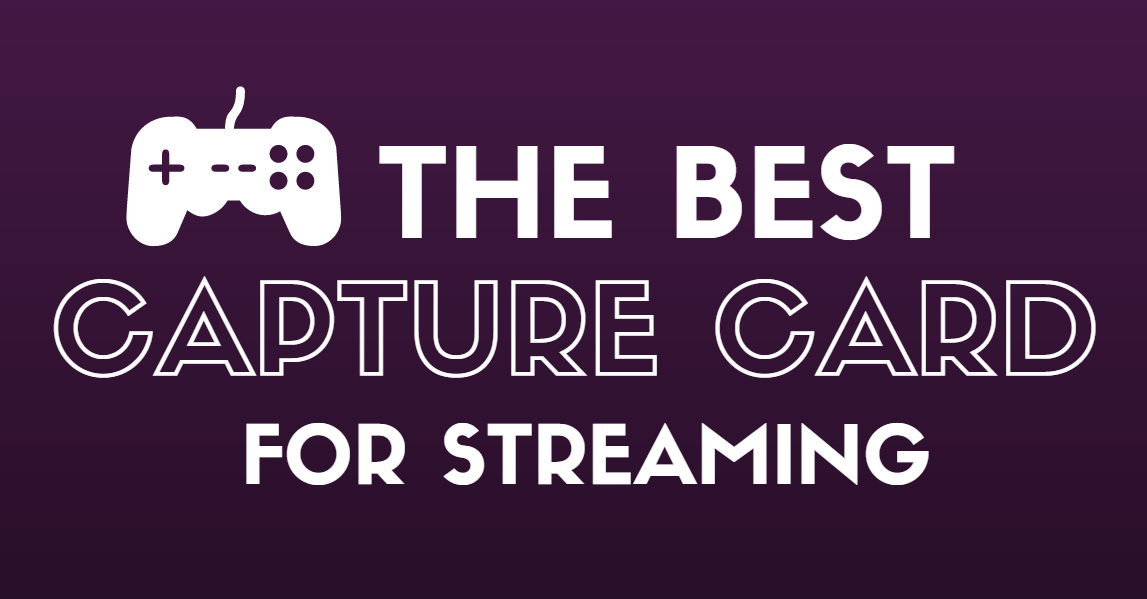 Have you ever wondered how professional YouTubers and twitch creators manage to broadcast such high quality streams from their consoles and PCs? The answer is simple: capture cards.

A capture card is a piece of hardware designed to capture video footage from a source like a PC or a console. While a capture card can be practical for many purposes, most YouTubers have a very specific use in mind: To record and stream video game content for their YouTube and twitch channels. This is how you can set up the capture card "HD PVR 2" by ﻿Hauppauge.

Do you need a capture card to livestream?​

Whether you need a capture card for streaming depends on your goals as well as on your current gaming setup.

If you want to record video game footage from your PC, you often won’t need a capture card. With a fast processor, a good amount of RAM and the right broadcasting software, you will be good to go.What if your PC doesn’t have these requirements, though? Well, in that case, it’s probably better to save the money for the capture card and invest it in a new PC.

The exception is when you’re using a dual PC setup, where you use one PC to play and one PC to stream. In that case you will need to get a capture card to reach maximum streaming quality.

You own an Xbox and want to record video game footage? Well, your Xbox makes it possible to capture 5 minutes of video material. Unfortunately, 5 minutes are usually not enough. That’s why creating gaming videos without a capture card on an Xbox isn’t much fun. A capture card also gives you the freedom to edit your video outside of your Xbox apps - which is absolutely necessary if you want to build a professional channel.

The Playstation performs better than the Xbox One when it comes to video recording, although its capabilities are certainly not great: The console limits you to 15 minutes of footage, which can be pretty stressful when you’re fighting an end boss! A capture card gives you the flexibility you need to create awesome gaming videos - without the constant interruptions.

Other consoles and (especially older ones) don’t have the video capturing capabilities of the PS 4 or even the Xbox One. That’s why in these cases, you will definitely need a capture card.

What to look for in a capture card for livestreaming?​

Image quality is without a doubt one of the most important aspects of a capture card. In most cases you will look for a capture card that is able to record at a resolution of 1080p (also called “Full HD”). While there are cards for capturing 4K (“Ultra HD”), they are usually much more expensive and require a high-end PC for editing, as well as a super high bandwidth connection.

While some capture cards are optimized for ultra low latency, not all of them are. Low latency is king when you want to interact with your audience during livestreams.

HDMI pass-through makes it possible for you to use your TV when you’re recording your gameplay footage without having to use an HDMI splitter: The signal from the HDMI input “passes through” the capture card without lag and can be sent to your TV.

Whichever capture card you end up choosing, you need to make sure that it will actually be compatible with your system. So make sure you have the right inputs (a laptop doesn’t have a PCI slot, for example) and that your hardware is supported before you hit the buy button.

The Elgato Game Capture HD60 S is one of the most popular semi-professional to professional capture cards on the market. It is easy to use and captures in full HD (1080p at 30ps and 60fps), which makes it suitable for all kinds of high quality recordings. It is also designed to stream directly onto Twitch, YouTube and Ustream.

One particularly useful feature is the Flashback Recording: This means that the card will always be recording a limited amount of material in the background. This can come in handy when you’ve just come across something awesome in a game but didn’t record it: With Flashback Recording you have access to the footage instantly.

Thanks to the Stream Command feature, you’re able to add a webcam or other overlays on top of your video game footage. There’s even a commentary function that will let you record commentary over already recorded footage. Beware though: You won’t be able to edit your commentary with Elgato’s software.

Although the Elgato Game Capture HD60 S has a built-in editing app, it’s very limited in its functionality. So if you want to do more with your finished recording than trimming, you will definitely need external video editing software.

The ExtremeCap U3 is another capture card by AVerMedia. Its ability to record in crystal clear 1080p60 is the reason why it’s popular with many gamers. Thanks to its ultra low latency, this card is a great choice for livestreamers in particular.

One disadvantage about recording with a high resolution like 1080p60 is that it requires a lot of power from your computer (i7 and SSD Raid 0 recommended).

Another issue with the AVerMedia ExtremeCap U3 is that it doesn’t have HDMI pass through capabilities. This is not the end of the world, but it does mean that you will need to buy an HDMI splitter if you don’t want to use your computer monitor as your game screen.What’s nice about the ExtremeCap U3 is that it is bundled with a few months’ membership of XSplit Broadcast, which is a premium livestreaming suite, as well as with a Sony Vegas and an Adobe Premiere CS 6 plugin, which will help you edit your recordings - in case you don’t have better editing software already.

And even after your XSplit Broadcast membership runs out, the built in RECentral 2 software will make it easy for you to record footage or stream directly to Twitch, YouTube and Ustream.

The very convenient Timeshift function will help you to record retroactively, so if you’ve ever forgot to press record, you might still have access to the footage.

Hauppauge is has been very successful with its original HD PVR capture card. The Hauppauge HD PVR 2 Gaming Edition is a completely new and updated capture card that is optimized for video game recording and livestreaming.

The HD PVR 2 offers capturing with extremely low latency, which is particularly great if you want to do livestreaming. While the specs say that the Hauppauge HD PVR 2 is able to record and stream at 1080p 60fps, this is only partly true: Yes, it can capture at 1080p, yes it can capture 60fps - but it can’t do both at the same time. To get 60fps, you will have to reduce your capturing resolution to 720p, especially when it comes to livestreaming. However this shouldn’t be a big problem, though.

For extra flexibility, the HD PVR 2 offers two different streaming formats: TS/AVCHD and MP4. Although this capture card has basic editing software included, it is highly recommended you get a more professional software if you’re serious about making quality videos.

So, which card won the title? The decision was difficult but…

Our recommendation goes out to the Elgato Game Capture HD60. Its ability to record footage at 1080p60 will help you stream your content in extra high quality. And thanks to the ultra low latency, interacting with your audience will be a breeze.

Honestly, though, it comes down to taste. The current capture cards on the market are very similar to each other and mostly differ in details. The best idea is to see what’s compatible with your devices and what your priorities are: Do you need 1080p60? Do you need HDMI pass through? When you’ve made those decisions, it’s much easier to choose.