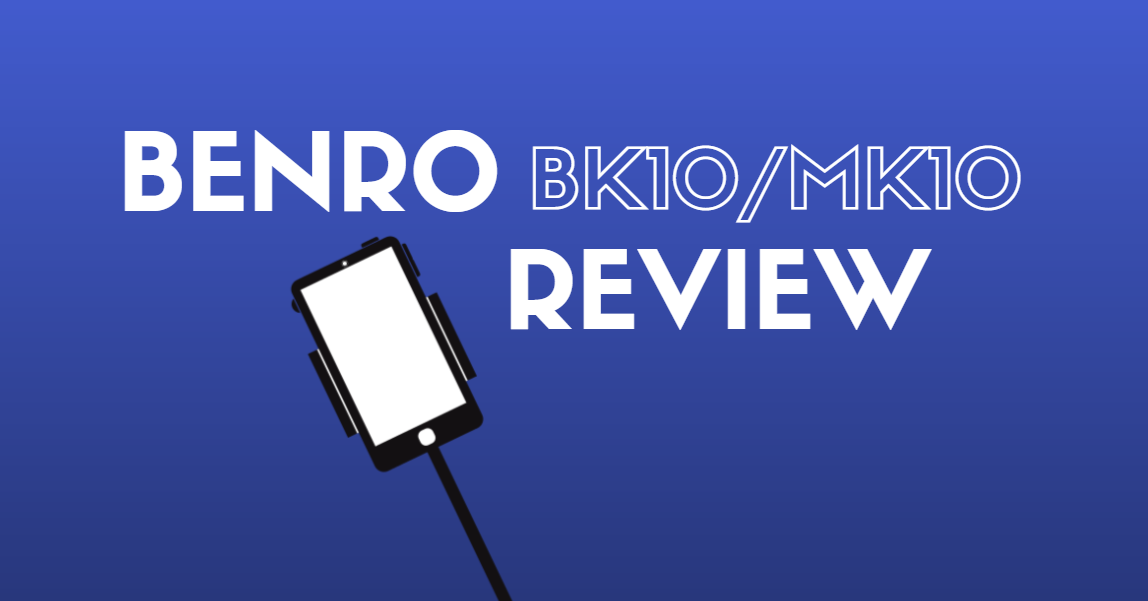 Whether you’re starting a YouTube channel or are simply looking for ways to shoot better selfies, a selfie stick is a handy tool to record footage of yourself with your phone. But while you can quickly pick up a selfie stick in a random tourist shop, it makes sense to put a little more time into finding a quality one - at least if you value your phone! A popular choice on Amazon is the Benro BK10 (also known as "Mefoto MK10") Monopod, which is why I decided to review it for this article.

What's the deal with the name?

Depending on where you're from, you might either come across the name "Benro BK10" or "MeFoto MK10" for this product.  I emailed the manufacturer and they confirmed that both products are the same.

Benro calls the BK10 a “3 in 1 Self-portrait Monopod”. Why? Because it comes with three main functions.

Many users describe this stick as sturdy and feel that their phone is completely safe when using it. Since the clamps are adjustable, the BK10/MK10 will work with big phones just as well as with smaller phones.
Attention: Don’t extend the stick when you’re using it as a tripod. The tripod is only stable when the antenna is at its minimum length.

The Benro BK10 is certainly practically designed: While most selfie sticks can exclusively be used as monopods, the BK10 also works well as a mini tripod. This is especially great for travelling vloggers who might want to sit down with their phone sometimes to record a video with less movement. Not having to bring a separate mini tripod will make your baggage lighter and more compact. Another practical feature of the BK10 is that it comes with a GoPro adaptor.

Bluetooth isn’t known for its reliability, and indeed some users have reported having trouble with the BK10’s Bluetooth remote function. If you’re not sure how to get the Bluetooth function to work, check out the manual first.

Also, it’s important to know that Bluetooth issues can stem from your phone as well.

If you want to use the Bluetooth function, your phone needs to have at least iOS 5.0 or Android 4.2 installed.

The Benro BK10 can be a good choice for anybody who needs a selfie stick with a remote control. Thanks to its mini tripod function, it is especially convenient for anybody who travels a lot, for example travelling YouTubers or travel bloggers. Based on other people’s reviews, there is a risk that the Bluetooth function won’t work. However, there’s nothing you can do about that besides try it out. Don’t forget that if you’re ordering from Amazon, you can take advantage of their return policy in case something doesn’t work.